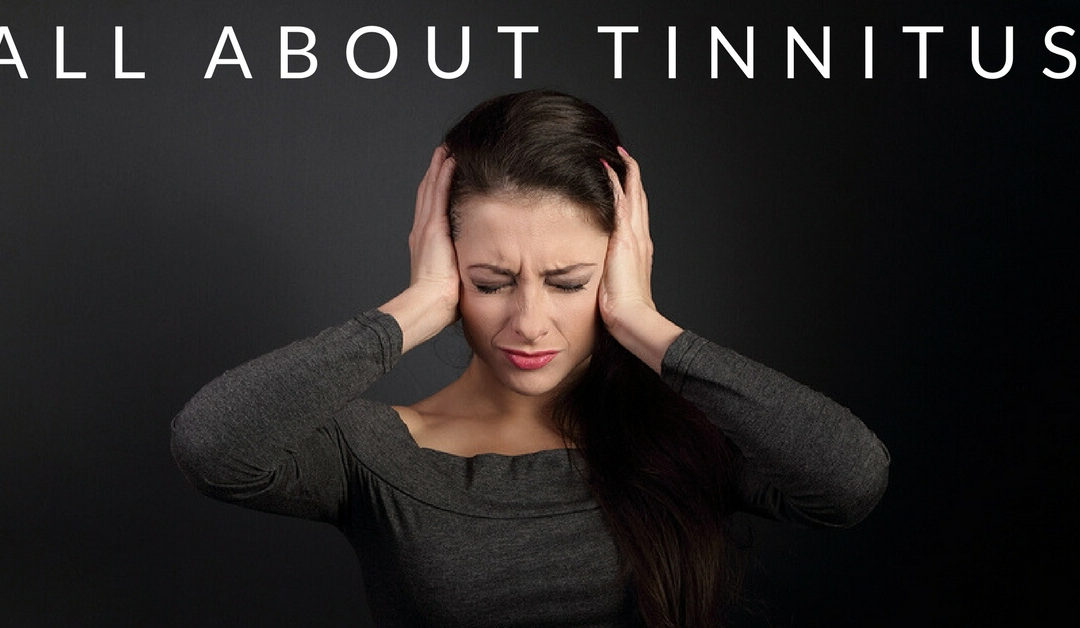 Tinnitus is commonly known as a “ringing of the ears.” With tinnitus, one hears a sound without stimulus from an external source. Tinnitus sounds vary depending on the person – they are personal “head sounds.” They’ve been reported as a rush of air, a roar, a clicking, cracking, pop, whistling, or in some rare cases, music. In Hallucinations, neurologist Oliver Sacks referred to tinnitus sounds as “unremitting mental junk,” and one of his interviewees reported that her tinnitus reminded her of “how cicadas would sound when they come in droves back on Long Island in the summer.”

The experience of tinnitus also differs in its severity and longevity. For some people, tinnitus lasts off and on for just a few minutes at a time, while people with chronic tinnitus experience sounds all day and night.

Tinnitus affects 25 million people in the US, or approximately 10% of the adult population. After the wars in Afghanistan and Iraq, 60% of veterans reported cases of tinnitus, as well as hearing loss. In fact, tinnitus may affect any one at any time. Most people have had short experiences with tinnitus, such as after a concert with loud music.

Types and Causes of Tinnitus

There are two types of tinnitus: subjective and objective.

Other causes of tinnitus include blockage in the ear canal from earwax, or problems with bones of the ear. Certain classes of drugs, such as medication used in chemotherapy, or antibiotics such as aminoglycosides, may cause damage to inner ear hair cells and lead to tinnitus.

According to the Hearing Health Foundation, an estimated 90% of tinnitus cases occur with an underlying hearing loss. Unlike hearing loss, tinnitus cannot be measured or determined in a test. In many cases, tinnitus and hearing loss share the same cause(s) – whether it is ototoxic medication or exposure to loud noise or a blockage in the ear canal.

For both hearing loss and tinnitus, damage to the inner ear hair cells is a common causal factor.  At your consultation with your audiologist or hearing specialist, they will ask you a series of questions to determine possible underlying causes for your tinnitus. As with hearing loss, tinnitus is a frustrating and life-altering condition, especially in chronic cases. Tinnitus has been linked to sleep deprivation, concentration and memory problems, and heightened levels of anxiety and stress. Paired with hearing loss, tinnitus could adversely affect your physical and emotional health, as well as your interpersonal relationships. Seeking treatment for both tinnitus and hearing loss brings significant benefits to one’s quality of life.

Tinnitus often signals a related medical condition, whether it is hearing loss, a cardiovascular disorder, or Meniere’s disease.  The American Tinnitus Association notes, “While tinnitus is most often triggered by hearing loss, there are roughly 200 different health disorders that can generate tinnitus as a symptom.” In some cases, treating the related condition could relieve or eliminate the tinnitus.

While there is no singular cure for tinnitus, effective treatments are available. If tinnitus is experienced along with hearing loss, hearing aids are a popular treatment option. Hearing aids amplify speech and environmental sounds and offer features to eliminate background noise and focus on specific speakers. With such a close link between tinnitus and hearing loss, many hearing aid manufacturers offer tinnitus therapy options, which reduce or mask tinnitus sounds, as a feature on advanced hearing aids. Standalone tinnitus treatment options are also available.

If you have been experiencing tinnitus (and hearing loss), it is important to address the condition. Contact your audiologist or hearing specialist to schedule a consultation and hearing test.